The embryology, anatomy and aesthetic considerations of the Asian nose are quite unique. In most cases the dorsal profile is flat and needs to be augmented. Often the tip is wide and lacks projection, and the base of the nose may be too wide.
In addition the angle between the base of the nose and the upper lip is often too acute. Although Dr. Brown prefers silicone implants to augment the bridge, he prefers to use cartilage from the ear to define the tip. Not only does this look
more natural, it also avoids the pointy shiny tip created by a silicone implant. The patient’s own cartilage can also be used to fill in the angle between the nose and the upper lip, and in some cased the base of the nose is narrowed. Most
patients are able to return to work in 1 week, although heavy exercise should be avoided for 2-3 weeks. 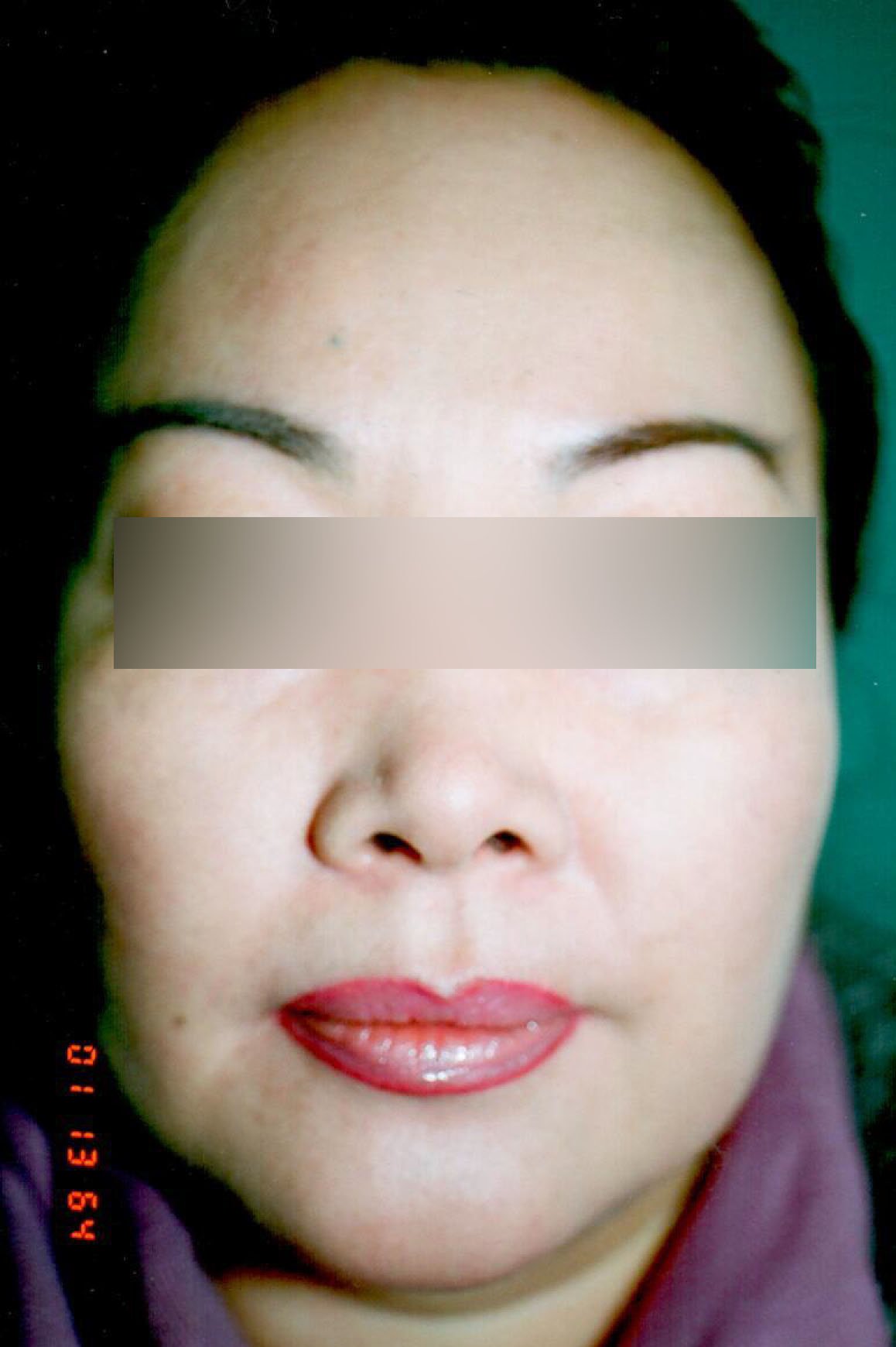 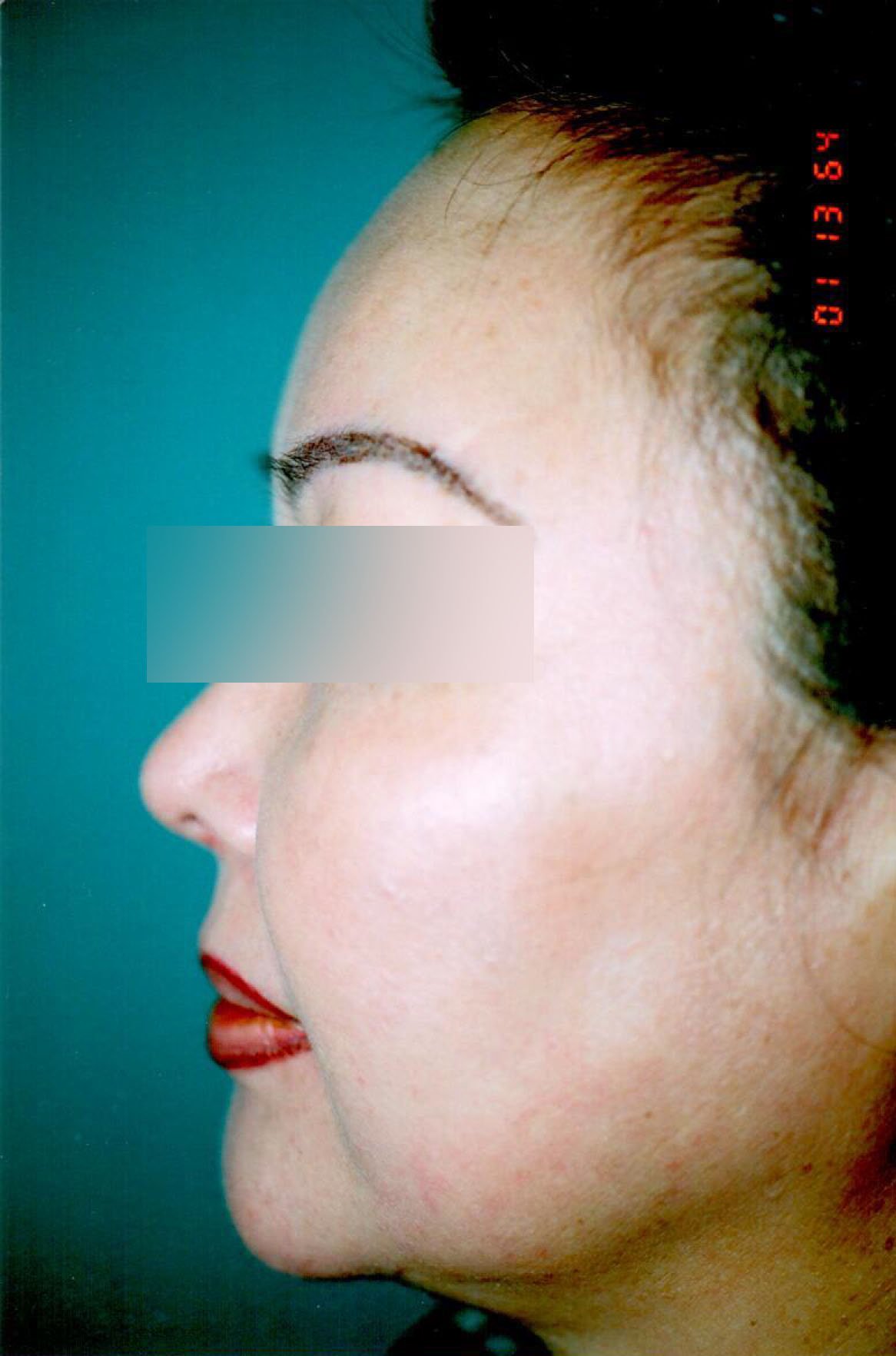 This 27 yr. old patient had a previous operation which left her with a very flattened tip. The skin over the lower nose was widely elevated and then the tip was built up using a series of cartilage grafts from the ear. The patient is
very pleased to have a more normal looking nose. In addition, the junction of the upper lip and nose was also built up. 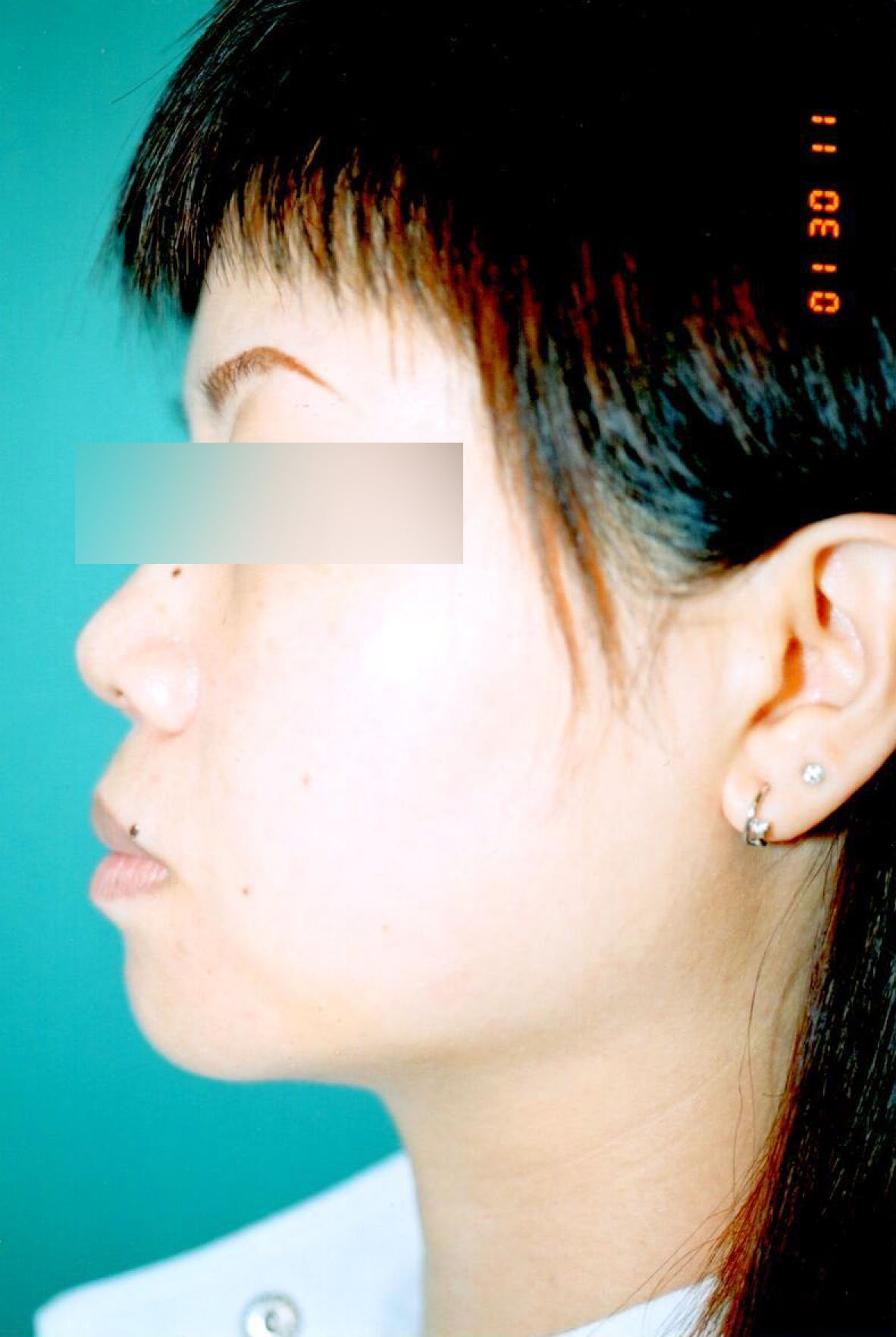 This 36 yr. old patient had surgery to make the bridge of her nose higher using an implant. Natural auricular cartilage was used to refine the tip and an alar base shift was also done to narrow the
nostrils. The results are natural looking consistent with the patient’s ethnic identity.

This patient disliked her “scooped out” profile and subsequently had her nose built up. An implant was placed so that the upper end was at the same level as her eyelid fold to give a more natural Asian, not Caucasian profile. The tip and
under surface of the nose has also been modified. 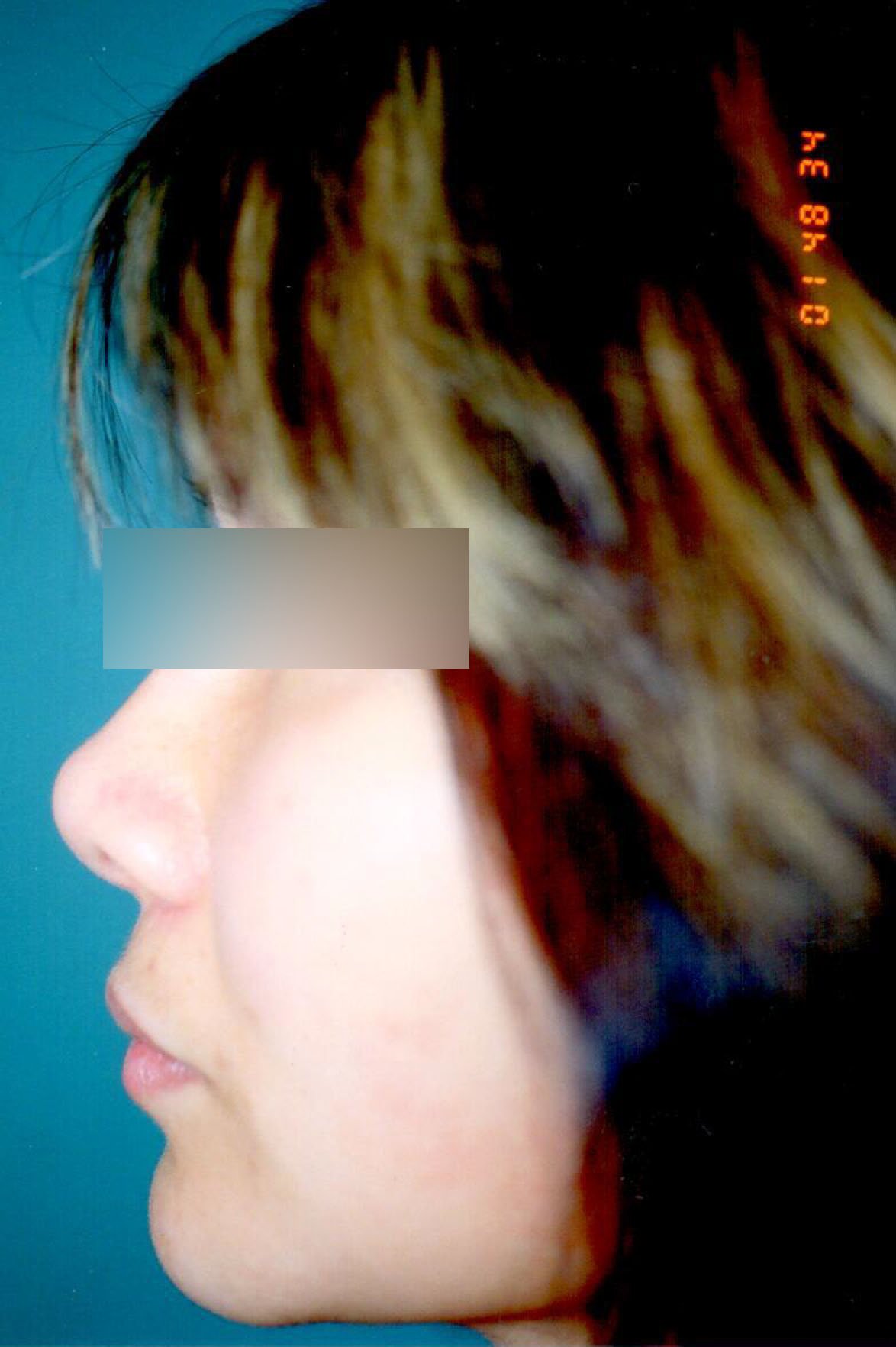 This 33 yr. old patient had implant rhinoplasty and tip grafting using the patient’s own natural cartilage. In addition, an alar base shift was performed to narrow her nostrils. The incision is
discreetly placed and the sutures are removed at 5 days. The nasal cast was removed at 7 days and most patients return to work in 7-10 days.

This 23 yr. old patient complained of the width of her nose and her profile. The dorsum (top) of her nose was built up with an implant, then nostrils narrowed and the nose lengthened. The patient is pleased with natural appearance of her
nose. Dr. Brown does not use silicone implants to build up the nasal tip as this can look very artificial and can cause problems.

This 28 yr. old patient had a nasal implant placed to raise the bridge and had tip grafting to provide more definition to the tip. The after photos show more refinement of the nasal tip and a more pronounced nasal height.

This 35 yr. old male had a nasal implant placed to provide height to the bridge of the nose. The result is natural and consistent with his ethnic identity. 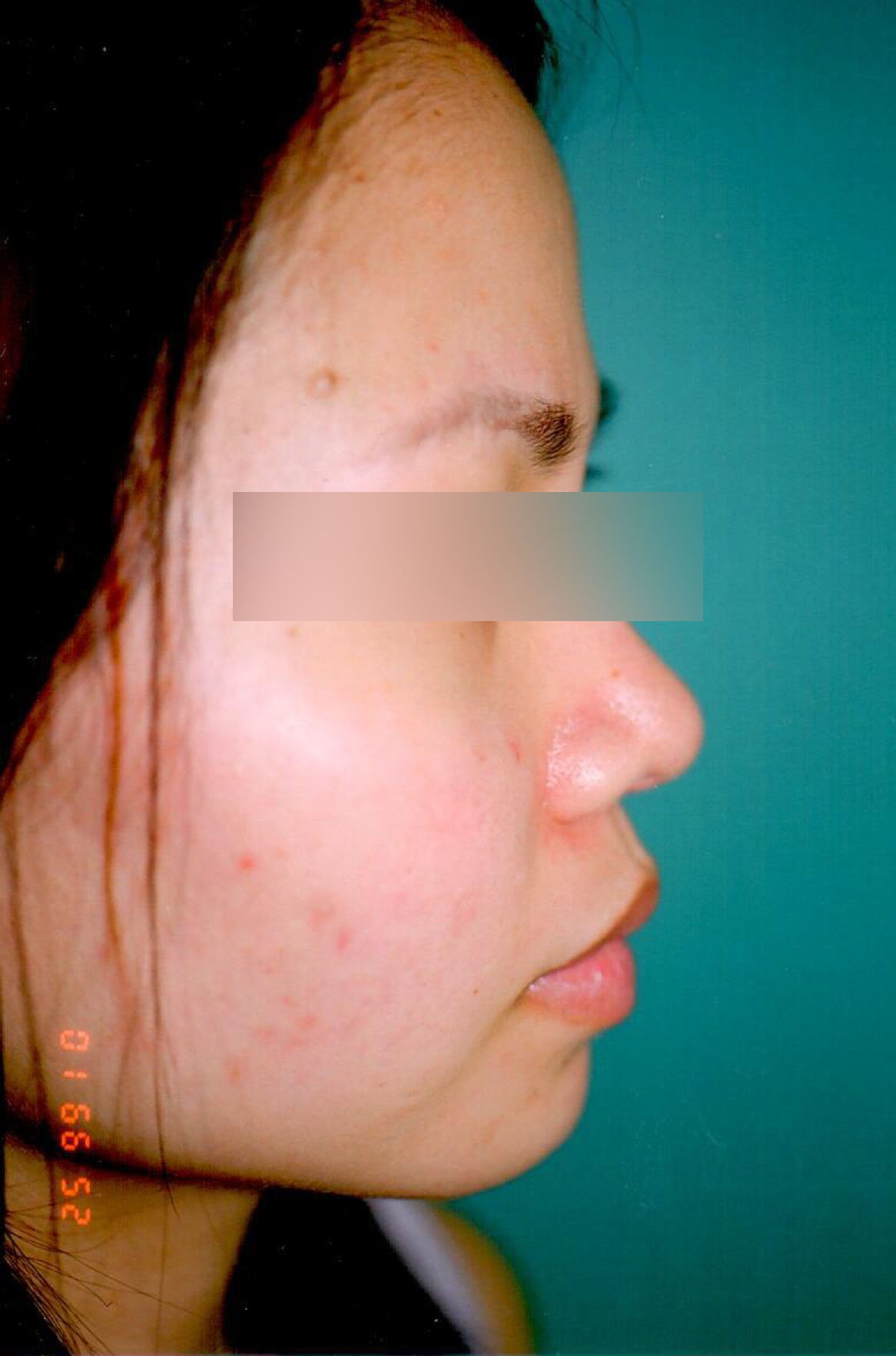 This 23 yr. old patient felt the bridge to her nose was too low and the nostrils too wide. Dr. Brown suggested placing an implant to raise and narrow the bridge, use the patient’s own ear cartilage
to naturally add definition to the tip and narrow the width of her nostrils. The patient was very pleased with the results. The after photos were taken 3 weeks after surgery.