Dr Brown received his M.D. from the University of British Columbia and was selected for a Surgical Internship at the Mayo Clinic. He was accepted into an elite six year residency at the Mayo Clinic where he was appointed Chief Resident in General Surgery and later Chief Resident in Plastic Surgery. As a fully qualified plastic surgeon he then spent another two years abroad studying with internationally renowned cosmetic surgeons including Dr Guy Jost in Paris, Professor Rudolph Meyer in Lausanne, Professor Ivo Pitanguy in Rio de Janeiro, Dr Jose Juri in Buenos Aires, and Professor Seiichi Ohmori in Tokyo.

He has appeared on CBC radio and television, and was Plastic Surgery consultant to the television series The X-Files. 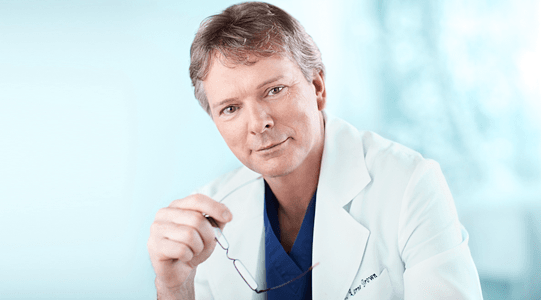